Every Saturday from 12.45 PM to 15.00, The activities and the program is designed for children over 6 years of age who are speaking the Hungarian language. The organization welcomes the help of Hungarian speaking adults.

In October 2001 the Canadian Radio-Television Commission has announced that CHIN Radio/TV International has won the bid for the full service multicultural-multilingual radio station in Ottawa.

CHIN Radio Ottawa has been representing a new era in broadcasting in the Ottawa/Hull region. It carries programming and serves communities in over 20 languages.

The president of the Toronto based CHIN Radio/TV International, Mr. Lenny Lombardi, began to contact various communities, including the Ottawa Hungarian Community Center, in the very same year. The president and liaison for the Hungarian organizations in the Ottawa area, Mr. Louis (Lajos) Györffy, participated in many meetings between the CRTC and CHIN Radio/TV International.

On the 5th of December 2003 we could hear the first Hungarian words on CHIN Radio Ottawa 97.9FM. The director has selected Éva Hadházy as the first host of the Hungarian Program.

In the beginning of 2004, Rózsa Tóth and later Károly Dombi helped Éva to produce the radio programs. 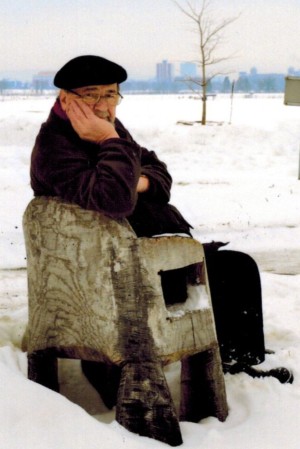 From January 5th 2008 the Hungarian program was produced “live”.

From May 2014 to the end of October Diana Simon, laureate of the Kőrösi Csoma Program, was in charge of the Hungarian production.

From November to May 31st 2015, once again, Károly Dombi served the Hungarian Community.

The recordings of the past ten years of broadcasting every Sunday between 7 AM and 8 AM on CHIN Radio 97,9 FM can be found in the archives at www.hunmagyar.org/radio

In the first week of June 2015 Judit Petényi took over the Hungarian language program of CHIN Radio Ottawa. The lack of accuracy of her announcements and the bias of the content she compiled, alienated the OHCC from the Hungarian program of CHIN Radio Ottawa. The OHCC did not take any responsibility for the content of the program, it did not recognize it as the “voice of the Hungarian community in Ottawa”, and it was urging visitors and listeners to resort to the OHCC webpages, newsletters or directly to the management for any information related to the OHCC. Although the timing of the radio program was moved from 7 AM to 7 PM, the editor did not receive the necessary support from the community, and on June 14th, 2017, she announced her resignation, and terminated her official activities at CHIN radio.

The establishment of the Hungarian radio program was initiated by the OHCC management in 2003, and it received the support of the community for over a decade. The Board of Directors of the OHCC elected for the 2016-2018 period could not accept the dissolution of this important institution, and it decided to make an attempt to revive and rejuvenate the spirit of the program. Therefore, the Board took over the duties of editing the program on June 25th, 2017. The first official broadcasting took place on July 16th, 2017.

The OHCC Radio broadcasted on the wavelength of Ottawa CHIN Radio 97.9 FM cherishes the legacy of its founders. The program is on every Sunday from 7 PM to 8 PM. The radio broadcasting is available live on the internet, as well through the free smartphone app from anywhere. The Program Guide and Archives are made available on our website. CHIN Radio 97.9 FM also stores the four most recent programs in its own podcast archives.

The OHCC is not associated with any other media activities entitled Ottawa Hungarian Radio or similar, wether on air or internet. The OHCC Board of Directors takes responsibility for the programs broadcasted on CHIN Radio 97.9 FM and its media platforms only.