The purpose of the corporation

Briefly about the Centre

The Ottawa Hungarian Community Centre is the main venue in the capital region to offer cultural, educational, and entertainment opportunities to Hungarians and all interested parties living in the region. Its programs include, but are not limited to,  performances of visiting folkdance, theatre and musical artists and ensembles from Hungary and the Hungarian diaspora, brought under the roof by the Centre’s leadership, i.e. the Board of Directors; 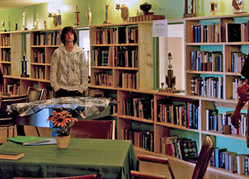 Library of the OHCC

Our library stores nearly 4000 titles. In addition, it hosts Hungarian language classes and classical literature circles, functions dependant on  human resource and demand. It is the venue of regular art and craft activities, and smaller scale presentations.

The entire sphere of activity of the OHCC is grounded on and sanctioned by The Articles of Continuance and The By-Laws, respectively,  approved by the membership on March 3rd, 2013, the documents being registered on March 7th, 2013. The By-Laws have been amended since, the latest version, By-Law No. 11, has been validated by the membership on March 21st, 2021, and has been registered with Industry Canada. In printed form, it is available in the Library of the Centre. Individual copies are available for members, upon request. Both documents can be downloaded from our Membership page. Since both are official documents, for now they exist in English only. Their translation to Hungarian is under way.