The thirteenth and final episode of the documentary “Trailing Radnóti” is available to your viewing pleasure.

It was in Bor, in the copper mines of Serbia, that the 19 years old Ferenc Andai met with the poet Miklós Radnóti, both prisoners, among four hundred others, of the Heidenau forced labour camp. In the fall of 1944, their destiny led them onto different paths. Under the increasing pressure from the partisans, the contingent of labourers from all camps in the area was divided in two transports. The first, in which Radnóti was selected, headed towards Hungary on foot, in a gruelling forced march. Decimated along the way, most of them perished by the time they reached their constantly changing destination. The second column of prisoners left two days later, forced marched on an eastern route. They were liberated by Tito’s partisans. Ferenc Andai was among the few survivors of Lager Heidenau. He came to Canada in 1957. After his retirement in 1994, he settled in Ottawa and, on rare occasions, visited the OHCC. 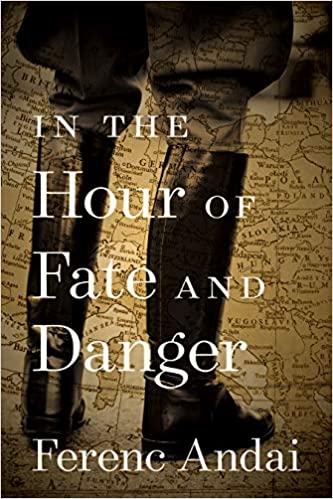 His recollection of that fateful time appeared in 2003, published by the editorial house Ab Ovo in Budapest. His book Mint tanu szólni: bori történet (To Bear Witness: A Story of Bor) was awarded the Radnóti Miklós National Prize in 2004.
It is hot news that the memoir is available for purchase on Amazon in English, under the title In The Hour Of Fate And Danger. The translation is the commendable work of Marietta Morry and Lynda Muir.
Marietta, a long-standing member of the former Ottawa Hungarian Choir, is known for her comedic talents during the Choir’s Carnival Balls, as well.